When twin brothers Gary and Kenneth Cartwright were teens, both suffered significant pediatric strokes. Gary was the “lucky” one, only partially paralyzed on his left side. Kenneth’s stroke, followed by an aneurysm and complicated surgery, left him unable to do more than swallow and move his eyes.

With the help of an experimental system called Vicarious Joe, Kenneth has not only overcome his physical limitations, he has learned to thrive as a motivational speaker and has even become engaged to a beautiful nurse. Thanks to his incredible triumph over adversity, Kenneth is always the center of his family’s attention.

Meanwhile, Gary stumbles through life in the shadow of his inspiring brother. His disability wasn’t enough to qualify him for the Vicarious Joe treatment. But when he meets one of the programmers who helped create the technology, Gary embarks on a bootlegged virtual adventure of his own.

Until it all comes crashing down around him and he finds himself running for his life. 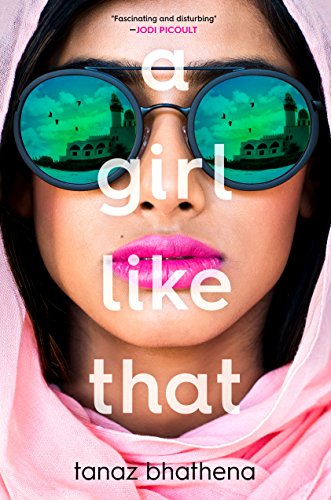 Sixteen-year-old Zarin Wadia is many things: a bright and vivacious student, an orphan, a risk taker. She’s also the kind of girl that parents warn their kids to stay away from: a troublemaker whose many romances are the subject of endless gossip at school. You don’t want to get involved with a girl like that, they say. So how is it that eighteen-year-old Porus Dumasia has only ever had eyes for her? And how did Zarin and Porus end up dead in a car together, crashed on the side of a highway in Jeddah, Saudi Arabia? When the religious police arrive on the scene, everything everyone thought they knew about Zarin is questioned. And as her story is pieced together, told through multiple perspectives, it becomes clear that she was far more than just a girl like that. This beautifully written debut novel from Tanaz Bhathena reveals a rich and wonderful new world to readers; tackles complicated issues of race, identity, class, and religion; and paints a portrait of teenage ambition, angst, and alienation that feels both inventive and universal. 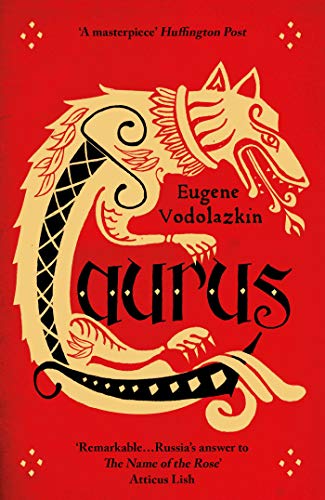 It is a time of plague and pestilence, and a young healer, skilled in the art of herbs and remedies, finds himself overcome with grief and guilt when he fails to save the one he holds closest to his heart. Leaving behind his village, his possessions and his name, he sets out on a quest for redemption, penniless and alone. But this is no ordinary journey: wandering across plague-ridden Europe, offering his healing powers to all in need, he travels through ages and countries, encountering a rich tapestry of wayfarers along the way. Accosted by highwaymen, lynched in Yugoslavia and washed overboard at sea, he eventually reaches Jerusalem, only to find his greatest challenge is yet to come.

Winner of two of the biggest literary prizes in Russia, Laurus is a remarkably rich novel about the eternal themes of love, loss, self-sacrifice and faith, from one of the country’s most experimental and critically acclaimed novelists. 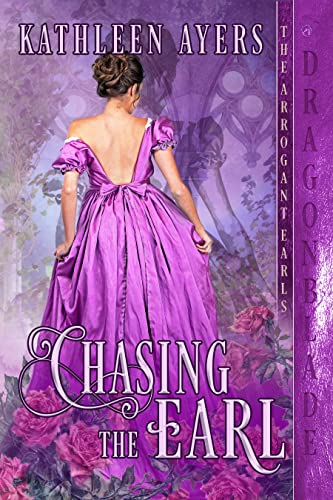 Available through May 02 at

There is no gentleman in all of London considered more rude, impolite, blunt, and just plain awful than the Earl of Huntly. Miss Emmagene Stitch, self-proclaimed spinster is considered nearly as unpleasant with her sharp tongue and opinions.

The only thing Emmagene and Huntly can agree upon is their dislike of the house party they both find themselves attending. Forced into Huntly’s company by their hostess, Emmagene finds herself attracted to the earl despite the deficits to his character. Their affair is as unexpected as it is passionate.

But will it survive their eventual return to London?