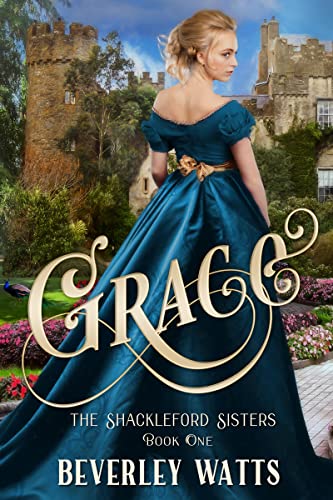 In this funny romantic series, the Shackleford sisters descend on a Regency society that doesn’t know what’s hit it…

….Reverend Augustus Shackleford’s mission in life (aside from ensuring the collection box was suitably full every Sunday) was to secure advantageous marriages for each of his eight daughters. A tall order, given the fact that in the Reverend’s opinion they didn’t possess a single ladylike bone in the eight bodies they had between them. Quite where he would find a wealthy titled gentleman bottle headed enough to take any of them on remained a mystery and indeed was likely to test even his legendary resourcefulness. ….

Grievously wounded at the Battle of Trafalgar, Nicholas Sinclair was only recently returned to Blackmore after receiving news of his estranged father’s unexpected death. After an absence of twenty years, the new Duke was well aware it was his duty to marry and produce an heir as quickly as possible. However, tormented by recurring nightmares after his horrific experiences during the battle, Nicholas had no taste to brave the ton’s marriage mart in search of a docile obedient wife. …..

Never in his wildest dreams did Reverend Shackleford envisage receiving an offer for his eldest daughter from the new Duke of Blackmore. Of course, the Reverend was well aware he was fudging it a bit in describing Grace as respectful, meek or dutiful, nevertheless, he could never have imagined that his eldest daughter’s unruliness might end up ruining them all….

Perfect for fans of funny, lighthearted Regency Romances with a little bit of steam. 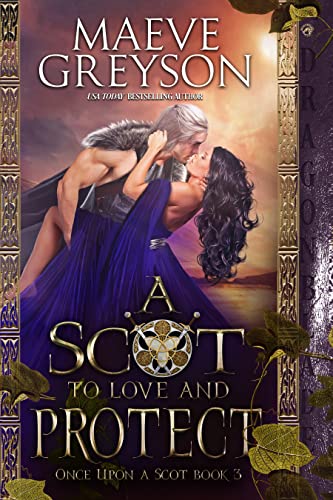 A Scot to Love and Protectby Maeve Greyson

Her arrow hit his shoulder. Her beauty caught his eye. But then there was the kiss…

Commander Valan MacDougall and his men are sent to end extended attack on Caerlaverock Castle, stronghold of Clan Maxwell. The warriors fully expect the reportedly aged widow of the keep to swoon with relief when they arrive. The English have plagued the fortress and surrounding village for weeks. The warriors from Argyll mean to end the siege in a day or less. In fact, they’re placing bets on just how long it will take. After all, they are the invincible Gallóglaigh, and the English are…the English.

However, they discover the Lady Elspet Maxwell is not aged at all. She is a widow, but far from old. And the woman fights as fiercely as any man. The only thing surpassing her warring prowess is her incredible beauty. A beauty capable of bringing men to their knees. Valan regrets his order that Maxwell women are not to be touched by the mercenaries. Of course, he’s broken orders before and intends to do so again with the Lady Elspet—if she will allow.

Enemies outside the castle walls. Unknown enemies within. Meddling matchmakers too powerful to ignore. And the matter of Elspet making amends for shooting Valan not once, but twice. The atonement he requires from her? Just a kiss. What harm could come from one little kiss? 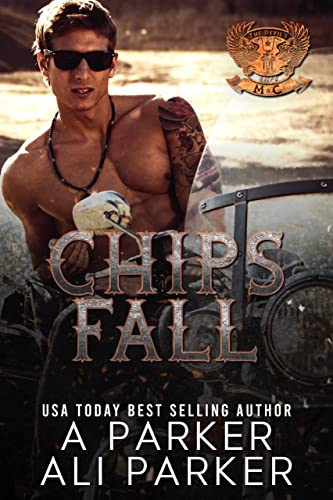 Chips Fall by A Parker

I fell in love with the wrong girl—my former stepsister.

But that was years ago. Now I’m focused on my job at the hospital and my MC.

Love can stay a stranger since it prefers to play weird games.

Our enemy in the MC seems to be dead, but you never know.

Dead men have walked before.

There seems to be peace in our world, but I’m waiting for the other shoe to drop.

The girl I love shows up in a hospital bed during one of my shifts and f*cks my world up.

Someone hurt her, and everything points back to the dead man.

The MC starts to crack as the leader takes one for the team and goes head first into hell alone.

Usually I let the chips fall where they will, but this time? I’m fighting for everything that matters in my life.

This time, we win. 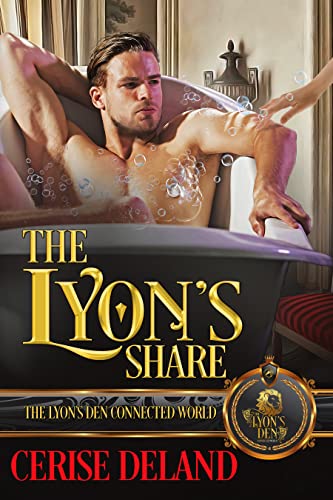 Available through August 28 at

Enter the world of the most notorious gambling den in London, where matches are made… unusually. Welcome to the world of THE LYON’S DEN: The Black Widow of Whitehall Connected World, where the underground of Regency London thrives… and loves.

She’d spend every last penny to marry again for security, comfort—or even friendship.

He’d win her wager, possess her, keep her for himself—even if he’d never win her love.

Adriana, Lady Benton, has many regrets—and one hope. To wed a good man to gain a life to which she is entitled. One free of sorrow, penury and ridicule. Appealing to Mrs. Dove-Lyon, Adriana hopes to attract one man who may appreciate her assets. But never need her love.

Colonel Sidney Wolf, once hailed as the ruthless ‘Hound of the Horse Guards’, vows to end Adriana’s hardships. He’s home from the wars and faces the daunting task of filling his father’s role as the Earl of Middlethorpe. Believing only Adriana will do as his helpmate, he strikes a deal with Dove-Lyon that brings him the one woman he admires. The one woman he tells himself he can live with—and never touch.

But the nearness of his funny, charming, beautiful bride drives him mad. Knowing she will never love other than her first husband, can he keep his hands—and his heart to himself?

And if he doesn’t, can she ever forgive him?