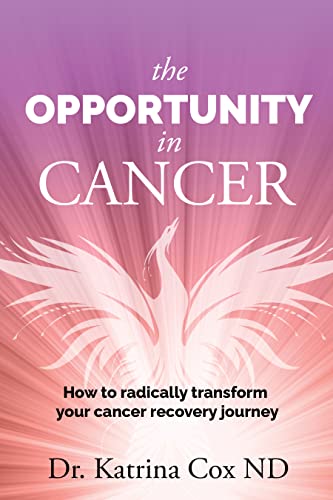 The Opportunity In Cancer: How to Radically Transform Your Cancer Recovery Journey by Dr Katrina Cox ND

The power cancer has on our society is astronomical. Even the word cancer insights fear. As science and treatments advance, more people are living longer with cancer. Yet, many challenges remain within cancer survival, including fatigue, overwhelm, and fear. Meeting these challenges, at every stage of cancer recovery, while facing the uncertainty of the future, is a huge task.

In “The Opportunity in Cancer,” Dr. Katrina takes the reader through a thoughtful, researched, and step-by-step guide to cancer recovery. Her focus on moving beyond survival and transforming to thriving is a novel approach that is grounded in research, and illustrated through case studies.

Her mission is to create a cancer recovery approach that is accessible, and focuses on the fundamentals of individualized care and community support. She does this by exploring her signature system, The Climb Through Cancer Recovery™, which details how to release trauma, reclaim control, restore the body and renew life. Using the lessons learned within this book, Dr. Katrina dismantles the commonly held belief that there is nothing that can be done to influence cancer recurrence by highlighting and addressing the roadblocks to transformation.

Whether you are a cancer survivor, a family member or friend of a cancer survivor, or a healthcare practitioner, you’ll soon understand that every step is a step in the “right” direction, because every movement brings about awareness, grounding, and, most importantly, opportunity. 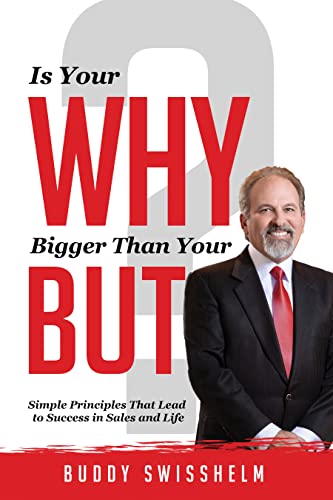 Is Your Why Bigger Than Your But?: Simple Principles That Lead to Success in Sales and Life by Buddy Swisshelm

After over 40 years in sales and sales management, Buddy Swisshelm has developed a step-by-step program designed for anyone to become a master salesperson. With no sales experience and no skill, Buddy learned and developed a program that helped his small market team to become national record setters in sales, volume, and deliveries. 60% of his sales teams had no sales experience when they started yet his team took the greatest number of winners year after year on the company’s annual sales trip.

With 59 #1 monthly region in volume, and 11 #1 yearly regions in volume or contracts over a 13-year period. Buddy’s team set the standard for excellence. Leading by example, Buddy was also #1 dealer for a month 26 times and 4 times #1 dealer for the year.

The formula covered in this book has a proven success formula that has worked for years and is still the same formula used today. The principles are common sense and can be mastered by anyone, new to sales or the sales superstar looking for one more great idea.

In these pages you will discover;
Throughout this book, there is life’s “Get Its” which are keys to life success.
The importance of being balanced in all areas- knowledge, working habits, and the right attitude.
Learn the secret to presenting your product and getting your customer to listen to you
Understand the presentation behind the presentation FBPQ
Make your sales easier by using Phase Two Selling, validating yourself, your company and your product, and making the numbers work for you by using a return on investment
The importance of not handling objections during the presentation
Mastering the funnel to increase your closing ratio
Knowing what to do when they say NO
Knowing that your Why is bigger than you but will bring the best out of you
Understanding the importance of failure in life and in sales
Changing your mindset in life to become an inverted paranoid 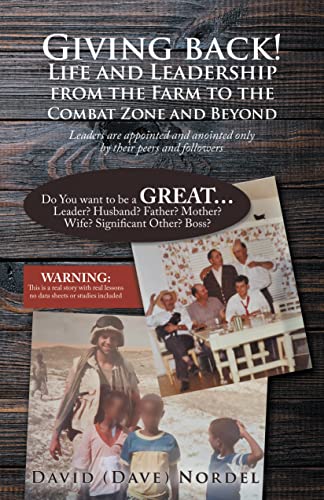 Giving Back!: Life and Leadership from the Farm to the Combat Zone and Beyond by David Nordel

Giving Back! Is a compilation of real-life events from a life lived in rural America and over a 30-year military career? It encapsulates the lessons of those times that have shaped Dave and helped him develop as a leader and mentor. Giving Back! shows lessons of how to effectively navigate in life, family, and friendships. The book outlines many stories and shares many nuggets of Dave’s life and lessons learned from each. The intimate stories are his way to give back, just as those people and experiences that shaped him along the way gave to me. This writing will drive introspection and thought to hopefully leave you a few treasures to apply to your life, love, and leadership journeys. 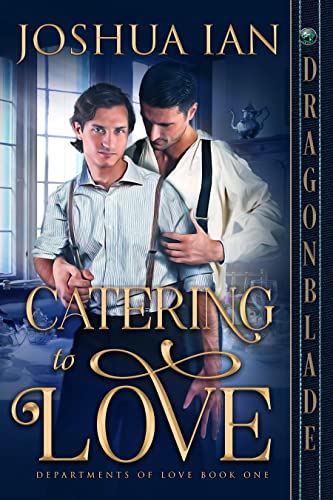 Available through August 31 at

Step into the sumptuous world of Hartridge & Casas, the Edwardian shopping palace, in this exciting new series. Every department serves its customers luxury, and, behind the scenes, serves its employees romance and intrigue.

After training under the famed Escoffier, Henri is now Head Chef at the Royal Tea Room – the jewel in the crown of the newly opened Hartridge & Casas department store. With his sights set on one day opening his own restaurant, Henri has no time for distractions, especially not love. But his moorings are shaken loose when Nico, a charming and gorgeous new waiter, appears.

However, the interfering adventurer Lord Ockley is determined to have Nico all to himself. When he can’t, he threatens to expose Nico and Henri’s relationship, risking not only the destruction of their careers and reputations, but possibly even worse.

Will Henri abandon his career dreams for the love of the only man who has ever touched his soul? Can Nico convince Henri that love is the most important dream of all?

Set against the backdrop of the 1908 Summer Olympics and the historic Franco-British Exhibition, Catering to Love is the story of two men trying to find love in a society where the mere mention of their passion risks ruin.

Buoyed by a colorful cast of characters, they cook up a new meaning to romance. It’s a new century, with London blossoming into modernity, and love is the most important ingredient.

*NOTE: Dragonblade Publishing is proud to have an #OwnVoices division, DRAGONBLADE HEART, a diverse and inclusive line of books that can include LGBTQIA+ and BIPOC characters as the heroes and heroines. Be aware that this novel is part of that line and as such, centers around a love story between two men.