The Art Of Letting Go by Rania Naim

We often struggle to let some people go especially when they made that decision. We question the universe, we question ourselves and we question everyone around us but we never truly get our answers. Letting someone go takes time, patience and commitment to actively stop ourselves from relapsing and thinking about that person again. The Art Of Letting Go helps you understand why, how and when you should let someone go so you can move on and never look back. 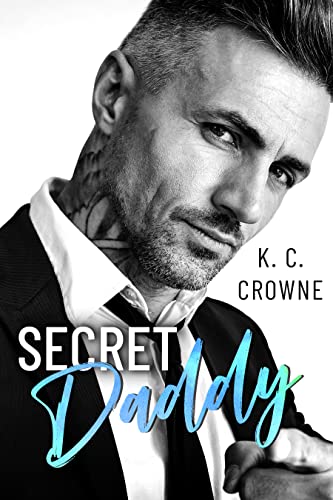 Available through October 07 at

My darkest secret?
I allowed a complete stranger to seduce me.
That night I walked away with two things: His first name. And his baby.
Now he’s back and this time he’s not letting me out of his sight.

But it all went up in flames after I learned the truth about him.
And I left as fast as I could.

Now, years later, he’s back and I’m freaking the hell out.

“No. You have the wrong girl.”

To which he replies: “Maybe I wasn’t clear. You left once. I won’t allow you to leave twice.”

Now it’s becoming abundantly clear to me Dominic has a few dark secrets of his own.
And that makes me especially concerned about the future of our child – and his reaction when he finds out. 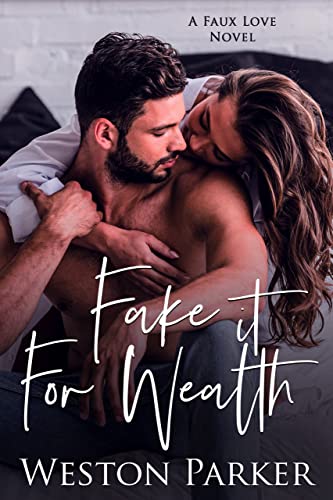 Fake It For Wealth by Weston Parker

I’ve been lying to my family for two years.

It’s unheard of for the oldest son in a wealthy family to be single. My mother makes sure I’m aware of this truth.

Hell, it’s a downright sin for him to be married by Elvis in Vegas.

But I needed to get my mother off my back, and sin seemed to do the trick.

Two years later, I have to go back home to London for a traditional wedding ceremony for the marriage I faked.

You know, to the wife I never married.

No need to tell the girl I hire to be my fake wife about all the hoopla.

She doesn’t need to know until D-Day.

All my sexy companion has to do is play bride and “marry” me again, you know, for the first time. Then she gets a huge payday.

And I can get back to building my empire in New York.

Something tells me that she’s going to want more than just my money though.

She’s faking it for wealth, but I’m soon playing for keeps.

When I say that I never thought I would fall for Nash Beckett…
I feel just a little bit silly.

Ask any single girl to take a look at him and his life, and you’ll find out why.
Son of a billionaire.
Tall, handsome, impossible to ignore.
His presence is demanding.
And also extremely infuriating.

His father made me the vice president before he died.
And now… well, everything is up in the air.
Nash and I are literally fighting for the same position.
Our positions in bed, though, are way easier to navigate.

It was all fun, games, andhate before a third person came into the picture.
Our unborn baby.
That left me with one option – a broken heart.
And well, quite possibly, unemployment as well.
So much for thinking that I was going to lead a billion-dollar company…
The only thing I’m now left with is a stick I just peed on! A house of haunted history and ill temper. Make yourself at home in this beguiling novel of love, magic, and danger by Amazon Charts and Wall Street Journal bestselling author Charlie N. Holmberg.

Rhode Island, 1846. Estranged from his family, writer Merritt Fernsby is surprised when he inherits a remote estate in the Narragansett Bay. Though the property has been uninhabited for more than a century, Merritt is ready to call it home—until he realizes he has no choice. With its doors slamming shut and locking behind him, Whimbrel House is not about to let Merritt leave. Ever.

Hulda Larkin of the Boston Institute for the Keeping of Enchanted Rooms has been trained in taming such structures in order to preserve their historical and magical significance. She understands the dangers of bespelled homes given to tantrums. She advises that it’s in Merritt’s best interest to make Whimbrel House their ally. To do that, she’ll need to move in, too.

Prepared as she is with augury, a set of magic tools, and a new staff trained in the uncanny, Hulda’s work still proves unexpectedly difficult. She and Merritt grow closer as the investigation progresses, but the house’s secrets run deeper than they anticipated. And the sentient walls aren’t their only concern—something outside is coming for the enchantments of Whimbrel House, and it could be more dangerous than what rattles within.