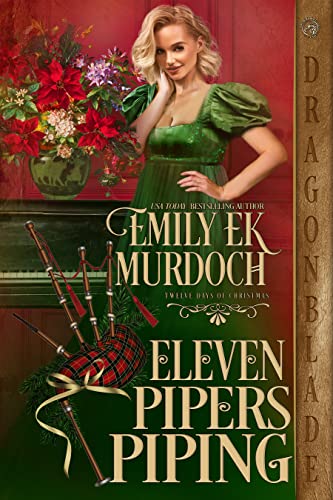 Available through October 11 at

It’s 1813, with eleven pipers piping – but only one has caught Harmony’s eye…

Harmony Fitzroy never expected to fall into the spotlight. Her musical talents finally recognized, despite her shyness she’s offered an invitation: to participate in the Christmas Eve Concert at the Assembly Rooms in Bath. If only a fellow musician hadn’t caught her eye, she’d be able to focus on the music.

David Navarre is everything Harmony knows she shouldn’t go near; a gentleman of dark handsome looks, sparkling wit, and absolutely no money. But David has a secret – one he’s left behind in Manchester, a scandal he doesn’t want high society in Bath to discover. Especially Harmony.

His eleven pipers piping are drawing a crowd, but that’s the last thing Harmony wants. She has to marry for money, but he’s about to teach her how their bodies can play a new melody together…

This novella is a steamy Regency romance with a happily ever after, no cliffhangers, and is part of a series which can be read in any order – but follow the numbers down for the best reading experience! 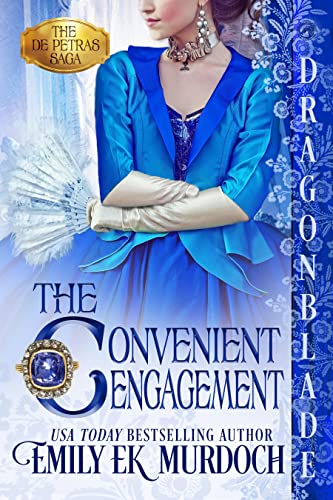 Sapphire de Petras will be taken seriously. All she needs to do is fake a convenient engagement.

After all, it was ridiculous. Yes, she was the youngest of the de Petras family, but that didn’t mean she needed to be treated like a complete child. And they won’t, Sapphire is sure, if she can provide her family with the spectacle of an engagement. How convenient that her best friend is an earl, and unable to say no.

‘No’ isn’t a word James, Earl of Maltravers, has ever said to Sapphire. But then, neither is ‘love’ or ‘marriage’: two words he’s longed to say for years and has never managed.

So when the beautiful woman who makes his heart skip a beat bounces up to him and demands that he propose, what is Maltravers supposed to do? 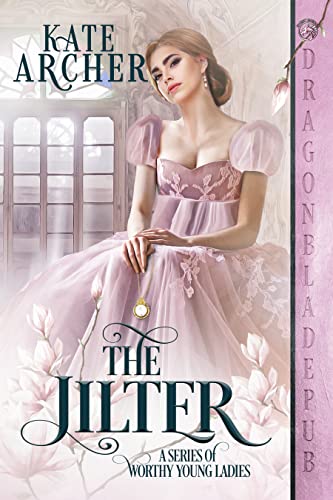 A Cautious Lady and a Courageous Lord

Lady Prudence Landry, only daughter of the Earl of Copeland, has been besieged by Lord Luckstone. He has told the neighborhood that they are engaged and he attempts admittance to the house daily. She never agreed to such a thing and she and her elderly father have all but barricaded themselves inside. When there seems nowhere to turn, the earl sends an urgent message to his cousin, Lady Featherstone.

Lady Featherstone is baffled by Lord Luckstone, but there is nothing she likes so much as a mystery. She sets off for Kent with the redoubtable Lady Heathway, determined to bring Lady Prudence to London. It is finally her turn to act as mama to a charming young lady.

Ambrose Thorpe, Marquess of Ryland, is larger than life and the founder of the Society for Advancing Criminal Knowledge. The ton believes the lord merely wishes to assist the crown, but he has another reason for involving himself in England’s underbelly—long ago, someone murdered his father for a famed diamond the lord never had in his possession. Lady Featherstone is one of his longstanding members and when she summons him to the earl’s estate, he promptly answers the call. 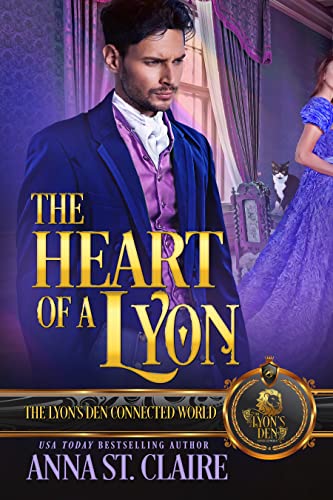 The Heart of a Lyonby Anna St. Claire

Available through October 09 at

Enter the world of the most notorious gambling den in London, where matches are made… unusually. Welcome to the world of THE LYON’S DEN: The Black Widow of Whitehall Connected World, where the underground of Regency London thrives… and loves.

She needs a miracle to save her, but he refuses to consider marriage, until a pretend betrothal changes how he sees her.

Riddled with guilt and haunted by nightmares over the tragic death of his father, Henry Stanton, the Earl of Egerton, returns home a broken man and seeks solace in the excesses of the Lyon’s Den. He’s sworn to never marry, but a chance meeting with the woman who captured his heart over a decade ago forces him to rethink his decision. Unwillingness to change his mind may prevent him from discovering what his heart and soul needs most.

Lady Olivia Dawson wants a love match, but her family’s financial ruin upends her perfect life and worse, the vile man who holds her family’s fortune demands her hand. When she meets the childhood friend she’s never forgotten, she realizes he’s everything she’s wants.

A mother desperate to save her daughter’s future appeals to the Black Widow of Whitehall who spins a web of hearts, high stakes bets, and intrigue—but the widow’s plan places Olivia’s life in the path of a killer.

Henry and Olivia’s futures will hang in the balance, unless they can find a way to trust one another with their lives and hearts.