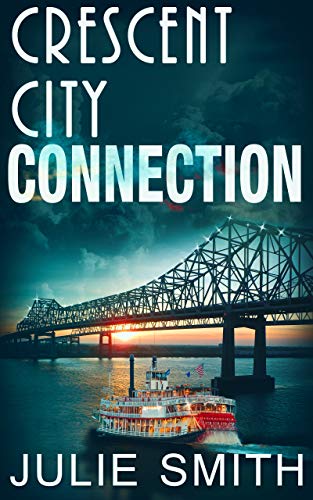 LAST CHANCE! – Available through October 26 at

Sure, New Orleans is known for corruption, but suddenly the good guys get a break—an honest police chief. And then someone guns him down. When a terrifying organization called The Jury takes out the cop-killer, Detective Skip Langdon’s on the case. But no one cares! After all, the guy was a cop-killer.

Skip cares really a lot—because she suspects The Jury’s the brainchild of her old nemesis, self-described preacher Errol Jacomine. And because other lives are at stake—those of Jacomine’s granddaughter Lovelace and his younger son Isaac. Eager to add Lovelace to his maniacal fold, Jacomine has Lovelace kidnapped, but she escapes and flees to the bohemian home of her Uncle Isaac, an artist and true eccentric known as The White Monk. Isaac’s taken a vow of silence, but uncle and niece manage to communicate and form a bond that could save both their lives. And Langdon comes up with a plan so clever even the FBI can’t shout her down.

“A superbly written piece of drama, even by Smith’s high standards … plenty of subplots to keep things moving…(and) a wonderful description of the city’s bizarre Easter parades” -The State (Columbia, SC)

“Serious suspense… Smith’s colorful characterizations and the showdown with Jacomine make this an excellent addition to the series.” -Publishers Weekly 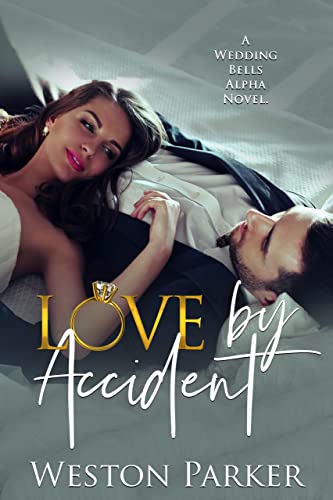 LAST CHANCE! – Available through October 27 at

What happens in Vegas goes viral in Vegas. Wait…

Being the only child of America’s wealthiest man is painful at times.

But it only gets worse when your name changes in the middle of the night thanks to a drunken lovefest turned marriage.

It started with a fight with a pretty pink cocktail and ended with a not-so-pretty pink plastic ring on my finger.

And he was a perfect stranger. A very hot stranger, but that’s quite irrelevant now.

Oddly enough, an annulment isn’t in the cards for us.

You see, in order for my drunken mistake not to affect the lives of thousands of innocent children, I need to convince my husband to stay married to me for at least six months.

But it’s never that easy, is it?

The poor boy has to deal with my dad and my ex who are working together to marry me off.

And not to my husband. But he’s a keeper.

Now to convince him that our love by accident is turning into a happy ever after.

It is for me at least. 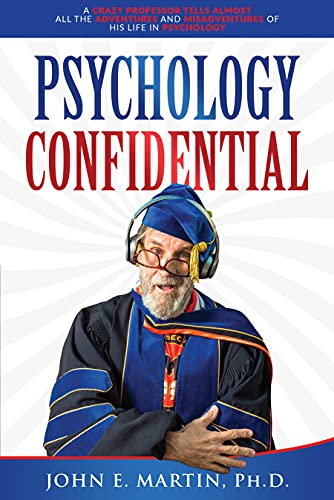 LAST CHANCE! – Available through October 27 at

Have you ever wondered about ANYTHING to do with psychology?

Psychology Confidential is an opportunity to plunge deep into the world of psychology through the intimate, humorous and uniquely informed perspective of Dr. John Martin. In stories, anecdotes, tales and adventures taken from his own life and career, Dr. John provides readers with insights on the curious, sometimes crazy, findings and people of psychology (including himself!), his world travels (especially to Africa), and fascinating animal psychology.

Psychology Confidential chronicles Dr. John’s journey through the world of psychology as student, teacher, researcher and therapist. Along the way, he offers candid reflections on his work with veterans, their trauma, as well as the journey of faith he took to heal his own.

Unlike other books about psychology, Psychology Confidential is a deeply personal and applied exploration of how psychology shows up in and shapes our own lives. Unlike memoirs or autobiographies, Dr. John’s stories give a unique perspective on the development of the field he studied and contributed to for so many years.

In the pages of this book, you’ll discover:

Ways to navigate common perceptions and misconceptions about psychology.
Where it can be applied to deepen and enrich your life and relationships.
The rich, funny, and hard-won insights from one man’s journey through it all
Dr. John’s tour through psychology provides food for the soul and a richly informative glimpse into a world that is rarely presented so intimately and honestly.