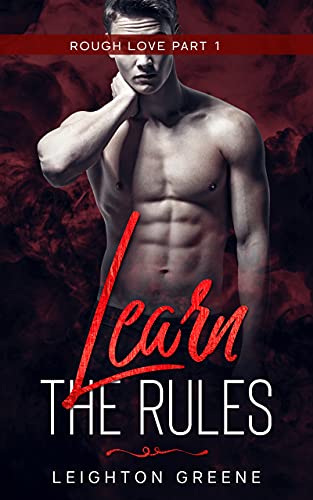 Learn the Rules by Leighton Greene

Free
Benjamin Ballard always assumed he was straight – in every way possible. They invented the term ‘vanilla’ to describe him. But if Ben’s so straight, why can’t he get his inscrutable coffee-shop co-worker and wannabe actor Xander Romano out of his head? And how come Xander’s rough-housing on the basketball court gets Ben so flustered?

Xander Romano keeps his private life private, and lives by a strict set of rules. No fooling around with straight guys, and definitely no fooling around with vanilla guys. Been there, done that, got his heart broken. All Xander wants now is to focus on his acting career, and keep his darker desires under wraps. So what is it about Benjamin Ballard that makes Xander want to break all the rules?

When Ben begs for a chance to experiment, Xander can’t resist taking him in hand. It’s just one quick session, after all. But Ben has other ideas…

Learn the Rules is the first book in the Rough Love series. Join Ben and Xander in their continuing odyssey of self-discovery, experimentation, and steamy fun as they work out the kinks together. This is just the beginning of their wild – and sometimes dark – ride, but never fear: these two will get their HEA. It’ll just take them some time to figure out what that happy ending looks like for them…

Rough Love can be rough. Please proceed with caution if you have any triggers.