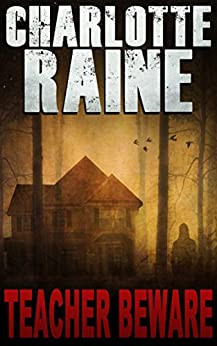 Thirty-one year old Grace Ellery survived being stabbed multiple times by one of her students. Now two years later, she is starting a new life in another state. What could possibly go wrong?

On her first day of substitute teaching, her new life is nearly cut short when she finds herself in the middle of a shooting that leaves a married couple dead. Luckily, she is saved by Sam Meadows, a cardiologist, but the shooter has disappeared by the time the police come around.

When the shooter tries to kill Grace again, Sam and Grace realize that the killer won’t stop until she is dead. With a killer who has nothing to lose, the question isn’t if the killer will attack again, but when and who will be in the crosshairs. A romantic suspense wrapped in the aspects of life: love, family, forgiveness, danger, and death.